What’s going on in overseas markets? We asked, Pavel Bartko, the owner of hokej-karty.cz to give us a quick overview of the hobby in the Czech Republic.

Our market in the Czech Republic is much smaller than the United States and Canada. Together with the Slovak market, I’d guess there are about 5,000 collectors and I think many of them are casual. That said, we are starting in on a second wave of collecting, after the first big wave in the 1990s.

Just like North America, our collectors want RCs. Many people collect Connor McDavid, but of course the main interests are our own players. Jaromir Jágr and Dominik Hašek are the most wanted and, from the new wave of Czech stars, David Pastrňák and Tomáš Hertl. Dominik Kubalík and Pavel Francouz are also popular. 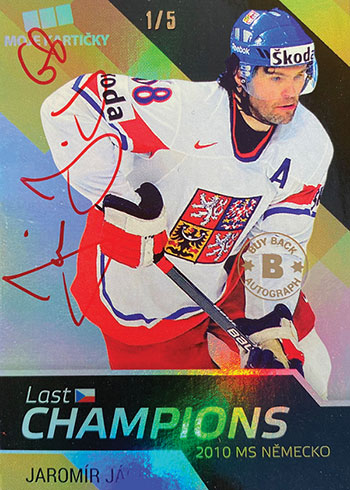 There is a Czech company called OFS that makes cards of our league, but collectors here are mainly interested in Upper Deck products. People really like Artifacts, O-Pee-Chee Platinum and SP Authentic, but over the last year there was also heavy demand for Black Diamond, Premier and The Cup. We sold out of our supply of 2018-19 The Cup in just one week!

Many people, including me, like to collect older inserts from Pacific and Topps, but from what I can see there’s interest in those cards in your countries over the last few years as well. And many Czech collectors love older wax, from the 1990s up to 2004. We’re always looking to buy them for our customers and they’re getting harder to find. 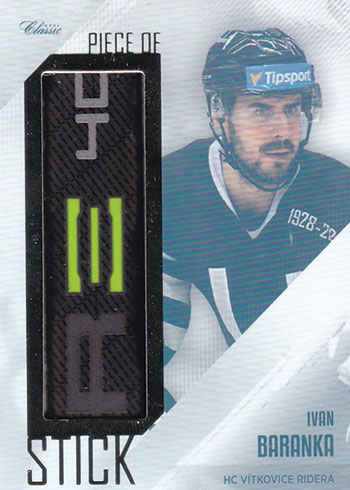 We as company have been in the market for eight years. We built our online shop and became the first real company offering boxes, single cards, supplies, etc. Before that, there were others who sold boxes and packs at expos. It was more amateur, just people doing things on their own. 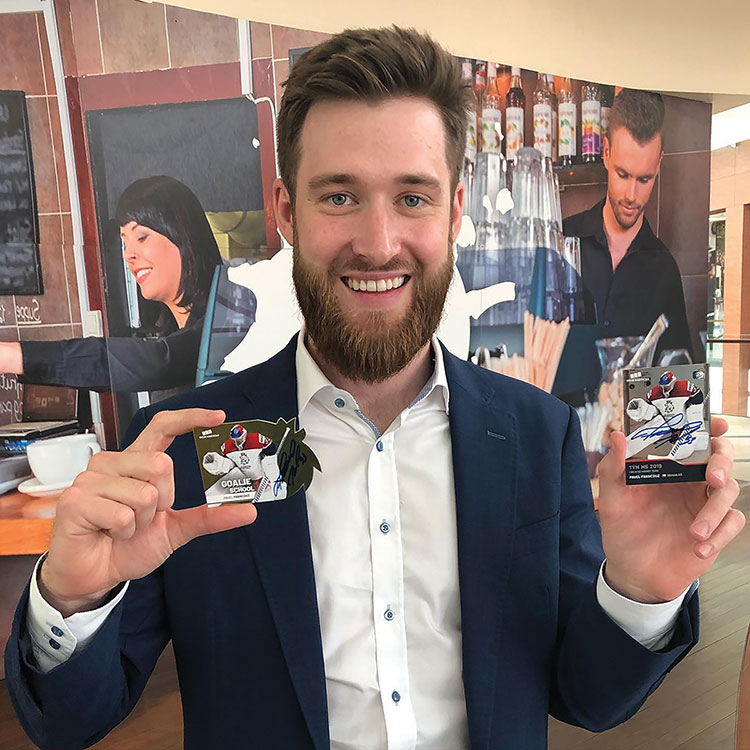 In the Czech market there are another four E-shops, and two also have physical stores. We cooperate with them all because we are an Upper Deck dealer, so we sell them new products.

We do many group breaks every month, and we also create special packs for our customers. We do Blue, Red and Gold packs every month, and four times per year we also produce a special Tin. We just did our second Tin release in June. Each of these are hand-packed and give collectors a chance to pull very special cards. You can check them out at our online shop at hokej-karty.cz.

I have to say I am very proud of those Tins. They were my idea and the result looks really great when you see them in person.

There will be a major show, Expo 2020, on October 3 at the Eteria Arena in Pardubice. The show will feature 500-plus tables, giveaways and several autograph guests. For info on tables or attending, email expo@mojekarticky.cz. 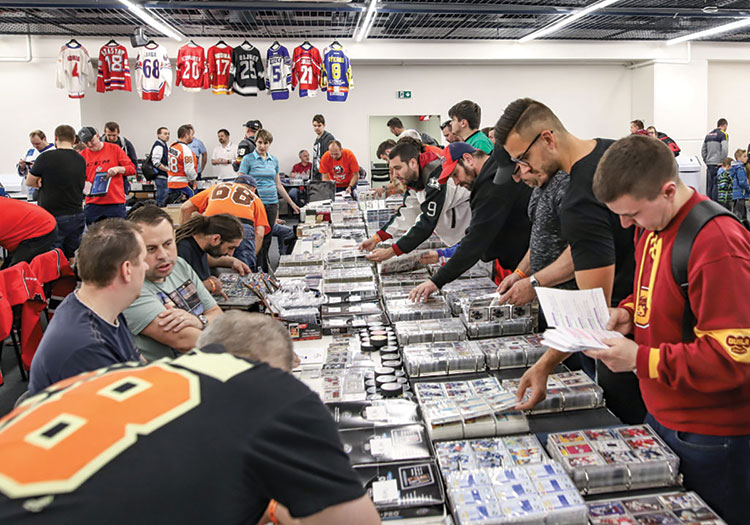 OFS has produced high quality cards of the Czech Extraliga since 1998-99. This year’s OFS Classic brand was released in two series, both with all the bells and whistles you’d expect to find in a premium NHL product, including randomly inserted autographs, memorabilia cards and parallels. The checklists also include several intriguing prospects, including Jan Myšák, Stanislav Svozil and Jan Bednář. OFS also produced a set of cards for the Chance Liga, the second-highest league in the Czech Republic. Find out more at ofscards.com. 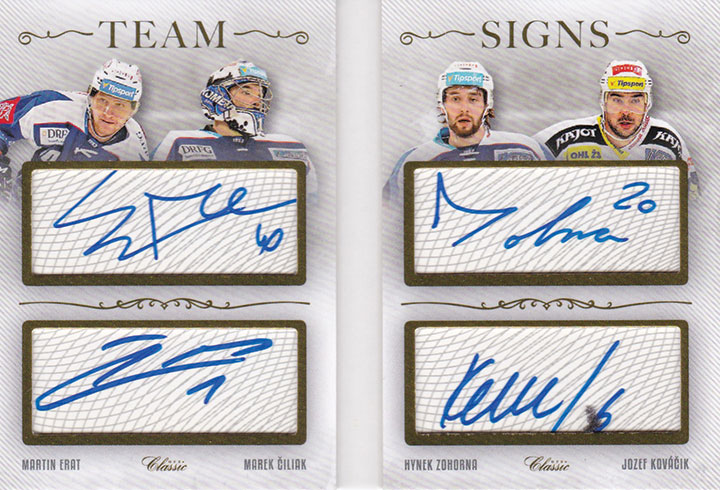 Another company, Moje Kartičky, has produced cards of the Czech National Team for six years, including their most recent release in May. That product, available in both retail and hobby configurations, has a 100-card base set with players like Jágr, Hašek and Pastrňák and members of their 2020 World Juniors team, along with parallels, inserts, autographs and stick swatch cards. Check them out at www.hokejovekarticky.cz.